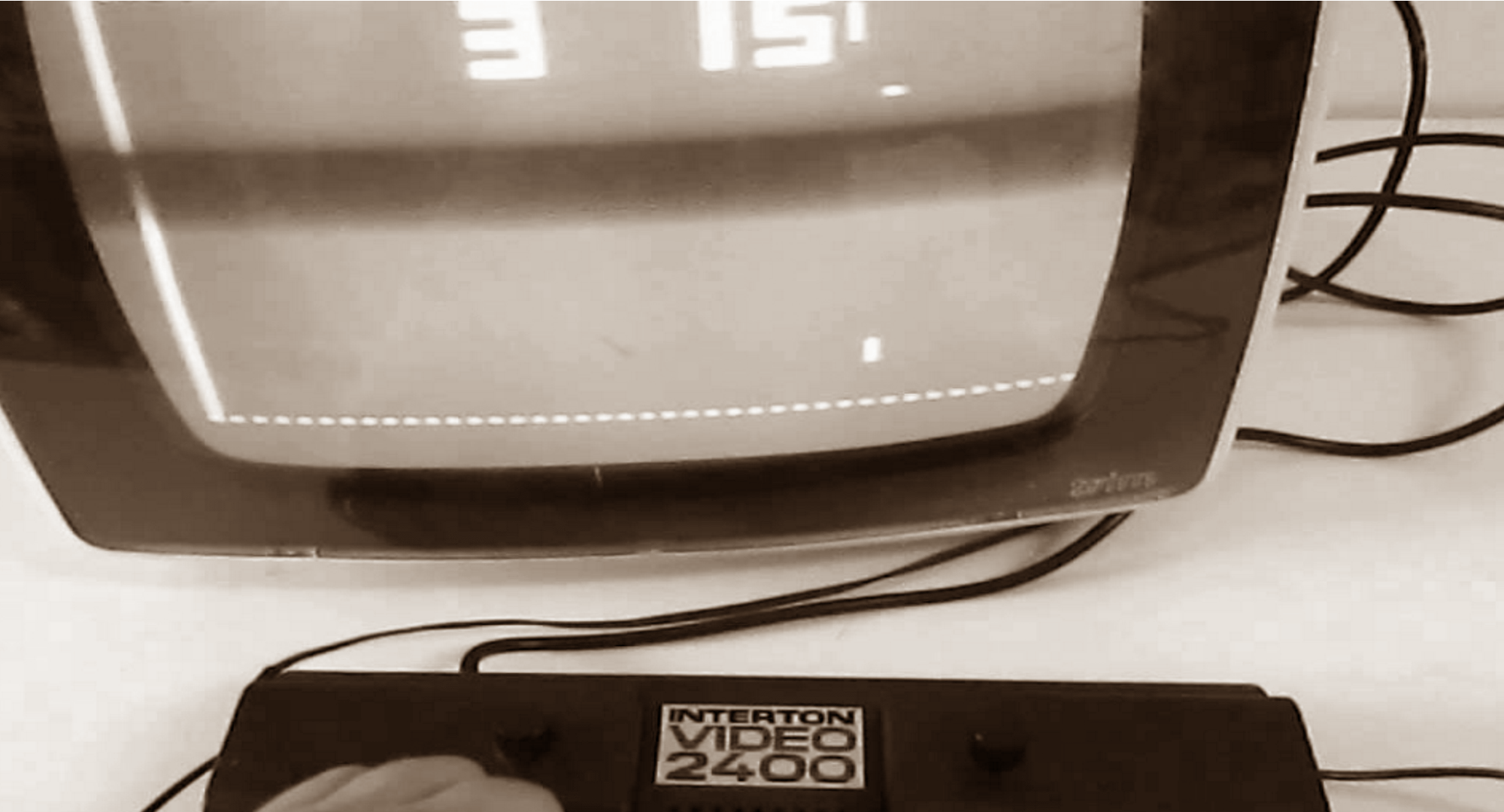 In the late 1970s I had my first contact with video games. Several friends of my older brothers had one of these PONG-consoles like the Interton Video 2000 or even the Interton VC4000. As a five or six-year-old kid, I was totally fascinated to play Tennis or Car-Race on these machines.

Unfortunately, my parents didn’t like the idea of me spending time with video games. So, they strictly refused the idea of buying one of these new and hot Atari 2600 consoles. My father always said: „Spend your own money for such a silly machine (Affenkasten) if you have some someday.“ So, I saved each penny I could save and two or three years later I had enough money to buy a used one together with a TV and four or five games.

For some weeks I was a happy kid, playing these games. But fast enough I’ve mastered them all and so they got boring. But with small pocket money I couldn’t afford a lot of games, even if I bought used ones. If I only could create my own games.

Some time later a friend of mine got one of these cool Comodore 64 homecomputers. He was very proud of this piece of high-tech and talked all the time about it, the games he was playing and the programmes he learned to code at a BASIC course on evening school. I borrowed his BASIC manual and taught myself to code in BASIC. But without computer I had to write my very first games on sheets of paper. My friend invited me to hack this game into his C64. And it worked and was some kind of fun.

However, I was in need of my own computer, but my parents still acted against all kind of electronics. So, once again I had to save all the money I could save to buy my very own computer –what I managed to do. But after all it was a very tough way to start a career in computer business. Sadly, I had to give up creating games on my journey.

But stop! Everyone is the architect of his own fortune, so they say. Some years ago, I decided to start creating games again. With all my experience as a database and web-developer, project manager and trainer for IT-related topics and the skills I developed in creative writing there would be a lot of cool and unique games I could make.